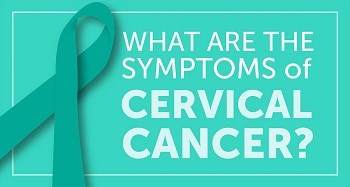 This scourge of South African women is not symptom-free

Have you ever heard of Georgios Nikolaou Papanikolaou? No? Well, he should be on every woman’s list of heroes. Georgios was a Greek medical pioneer who invented the Pap smear, a test for cervical cancer which has saved many lives.

Cervical cancer, cancer of the ‘neck’ of the womb, has been known as a killer of women for at least 2,400 years, one of the top four cancers in the world. “Cervical cancer remains one of South Africa’s biggest women’s health problems, affecting one out of 41 South African women. It is estimated that this disease kills approximately 8 women in the country every day, and World Health Organization projections are that this number will increase to about 12 deaths per day in 2025,” according to LC Snyman, writing in the South African Journal of Obstetrics and Gynaecology.

Those women who have a Pap smear at least every three to five years can thank Georgios Nikolaou Papanikolaou, because their risk of developing cervical cancer is greatly reduced.

“We should be encouraging all women to get a Pap smear regularly,” says Dr Ina Diener, President of the South African Society of Physiotherapy. “One of the symptoms that might bring a woman into a physiotherapist’s consulting rooms is pain in the lower back or side,” she adds. “This is why physiotherapists spend time getting a full history from new patients, to get context for any pain they might be complaining of.”

In the early stages, not only is the cancer easy to treat, it’s also usually silent – you will have no symptoms. But the idea that cervical cancer is symptom-free is wrong – as the cancer moves from stage to stage, some symptoms usually emerge:

• Abnormal bleeding is the most common – bleeding during or after sexual intercourse, spotting between periods or any bleeding after menopause (if you’re not on hormone replacement therapy)
• Lower back pain (common enough in itself, but worrying when combined with other cervical cancer symptoms)
• Any change to the discharge from the vagina
• Pain or discomfort during sexual intercourse.

As the cervical cancer progresses to a further stage, so do the symptoms:

• Urinating more often
• Blood in the urine
• Diarrhoea
• Incontinence (inability to hold your wee)
• Swelling of the lower legs
• Bleeding from the rectum.

“If any woman has any symptoms like these, don’t ignore them,” says Dr Diener. “All too often, women dismiss abnormal bleeding, for example, as ‘the beginning of the change’, or ‘just what women have to put up with’. The quicker you get a diagnosis, the better your outcome is likely to be. Rather be safe than sorry.”